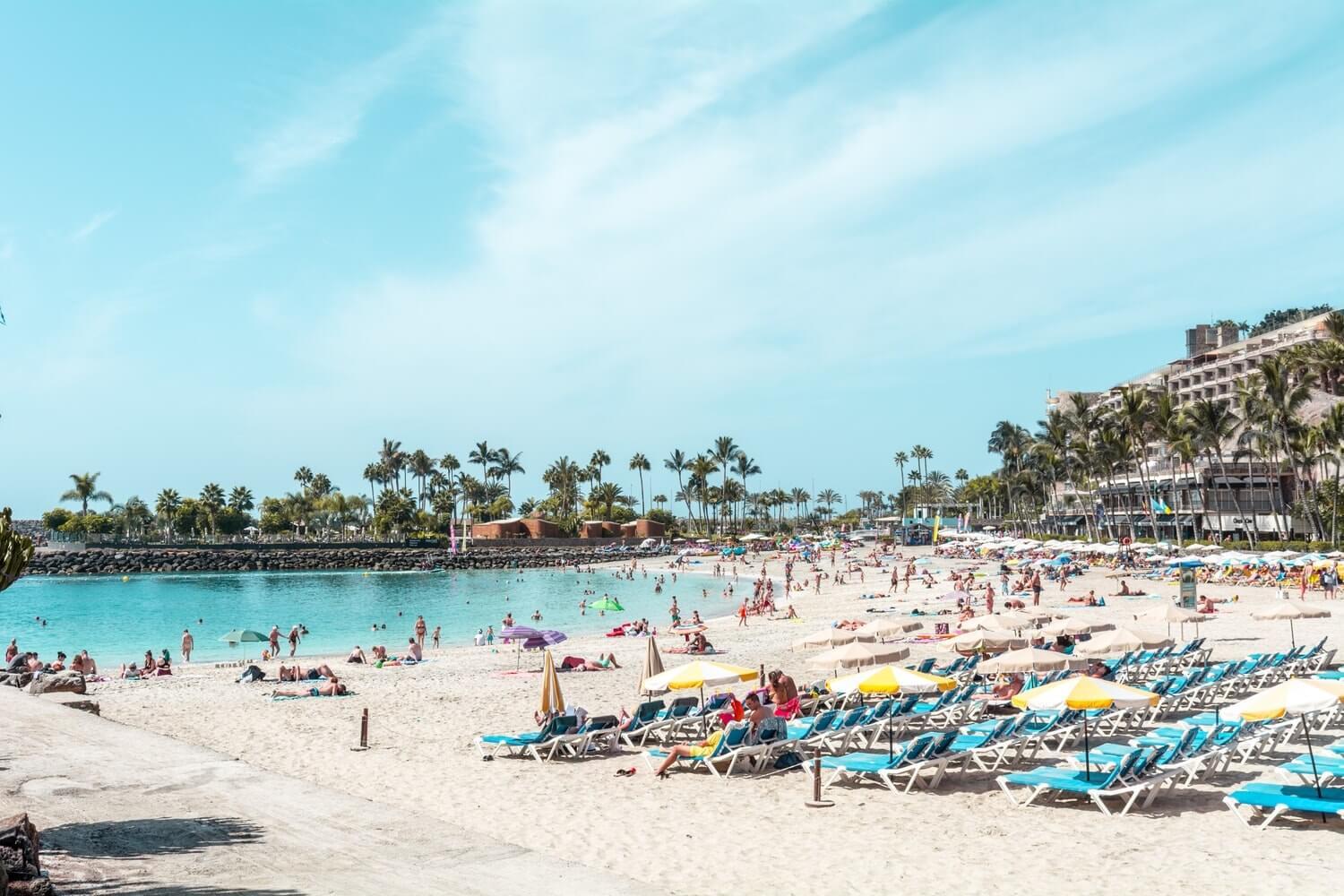 Airports on the Canary Islands

Spending holidays on the Canary Islands is always a great idea. The island group west of Africa offers great weather conditions all year long and its volcanic origin makes for an impressive atmosphere you won´t find elsewhere. While they are geographically part of Africa, the Canary Islands are old colonial remains from a time where the Spanish crown ruled on the seas between Europe and America. The close ties between those islands and Spain survived all the political woes of Europe, such as the rise and fall of Great Britain as the world´s leading empire, the Napoleonic wars and the two world’s wars of last century.

Since more than 500 years, those islands belong to Spain and today they are one of the 17 autonomous regions of the Mediterranean country. Together with Madeira, a close island which belongs to Portugal, they are also the southernmost outposts of the European Union.

Being islands of volcanic origin, the terrain there is quite mountainous. This, in combination with perfect climatic conditions, makes them a fantastic touristic spot for all kind of travelers. Beach-bums feel as happy there as do nature lovers that travel to the Canary Islands to explore an impressive flora, fauna, and volcanic heights. You can go there during winter when day temperatures are around 20°C to flee the cold of your home-country or go there in summer to enjoy the perfect beach holidays. Even in July and August it does not get too hot with around 30°C and nights are gently and cozy still.

Reaching the Canary Islands is easy from many European cities thanks to the various airports there: Las Palmas Airport (LPA) Fuerteventura Airport (FAE), Lanzarote Airport (ACE), Tenerife South Airport (TFS) and Tenerife North Airport (TFN) are all well connected. (With the exception of La Gomera and El Hierro which have airports that only offer “local” flights to and from the other islands)

Thanks to the huge expansion of low-budget airlines, getting to the Canary Islands has become quite economic when compared to just 10-15 years ago. Many carriers such as Thomas Cook (MT), Condor (DE), TUIfly (X3), Niki (HG), Eurowings (EW), easyJet (EZY), Vueling (VY), Air Berlin (AB) or Ryanair (FR) offer direct connections from many European cities.

Winter and Spring on the Canary Islands

As mentioned above, winters are very mild on the Canary Islands. This makes them the perfect travel location to flee your winter depression or just to celebrate a different kind of Xmas or New Year´s eve – on the beach. Even in January, they are suitable for beach holidays as water temperatures usually don´t fall below 18°C and the sun is strong enough to warm you up again after a refreshing jump into the water. January and February are the coldest months with Temperatures around 21°C during daytime and 14°C in the night. Between March and May, they rise to about 23°C (day) and 17°C (night). Rainfalls are rare even in winter with about six days per month. Within May this average number goes down to below zero.

While the sun is great in the Canary Islands during winter, you can go even skiing there on Tenerife. The 3718 meters high Pico del Teide is even the highest mountain of Spain. Getting there to play in the snow early in the mornings to end your day chilling in the sun on the beach is a unique experience you won´t find in many places on the globe.

Spring is great for Nature-lovers that find overwhelming vegetation with plants they´ve never seen before and juicy exotic fruits like Mangos or Bananas. Thanks to the high mountainous landscape the Canary Islands offer basically all climate zones which makes them great for exciting hiking trips.

Summer and Fall – The Sunny Side of Life

Like in other destinations, July and August are the months that attract most visitors. However, different to summer destinations in the south of Spain, Greece or Italy – heat is limited on the Canary Islands. Temperatures rarely rise higher than 32°C and nights are bearable with a warm and comfortable summer breeze. In contrast to that, the sun has a lot of strength and good skin protection when spending your time on the beach is a must.

For many late summer and early fall is the best time to visit the Canary Islands as then tourism calms down a bit and the weather is still perfect. Also, water temperatures stay around 22°C-23°C until October which is substantially higher to those you find in spring – in spite of similar weather conditions. Flights are also cheapest then before they start to rise again strongly in the winter season.

In general – as a rule of thumb – coming to the Canary Islands in spring is best when you plan to explore its fascinating nature by hiking and trips to the mountains, and getting there in late summer and fall is the best time for beach-lovers. But in general, seasons are not so different in this place and you can just look out for the best travel time and deal when planning your trip there. 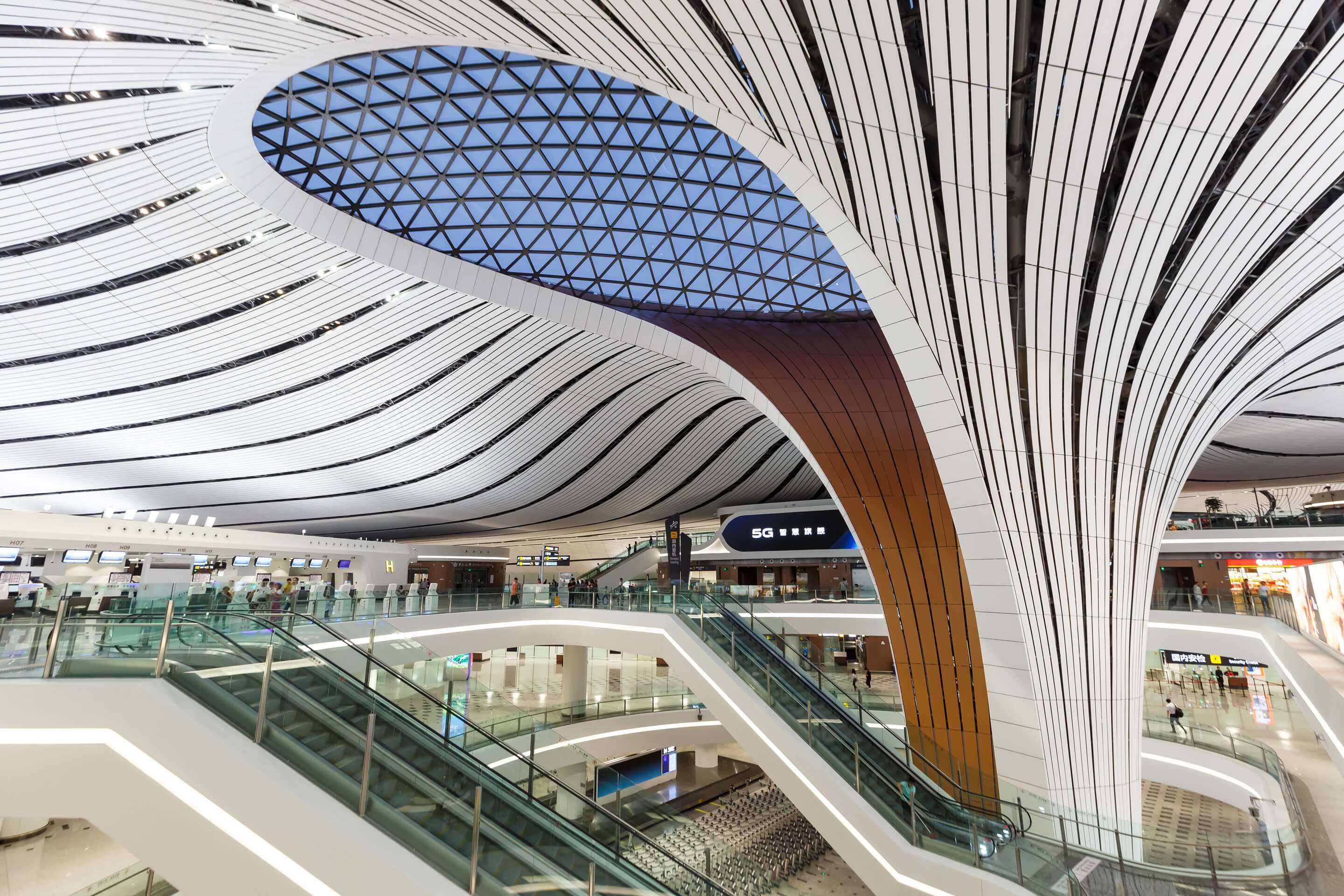 The Chinese government cancelled more than 1 200 flights of the two major airports in Beijing. Find out how you can claim your ticket costs and flight compensation in our article. 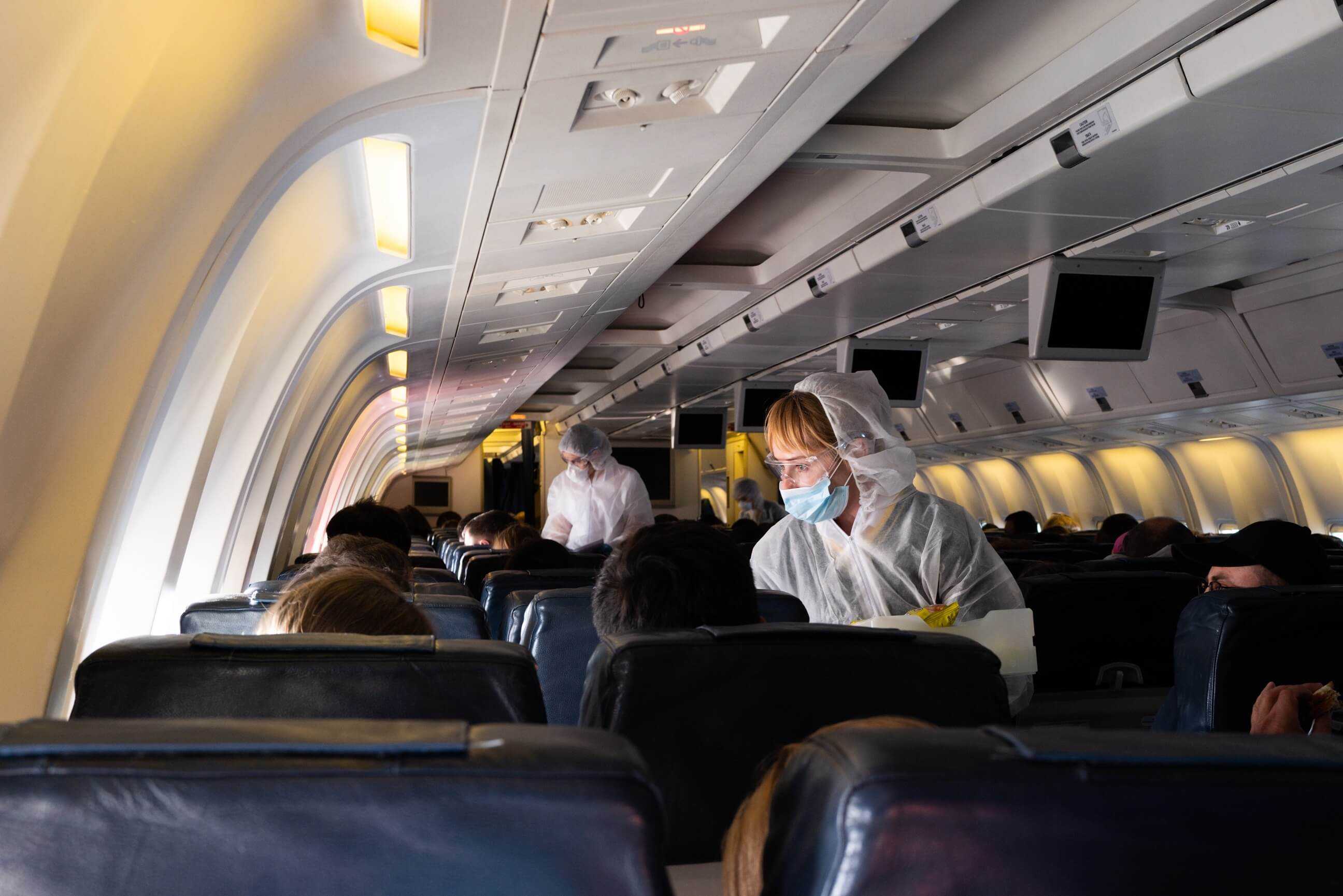 How safe is your next flight?

Is it safe to fly? What kind of measures are the airlines taking to minimize the risk of infection during a flight? How does the virus circulate through the cabin air? Find out in our article. 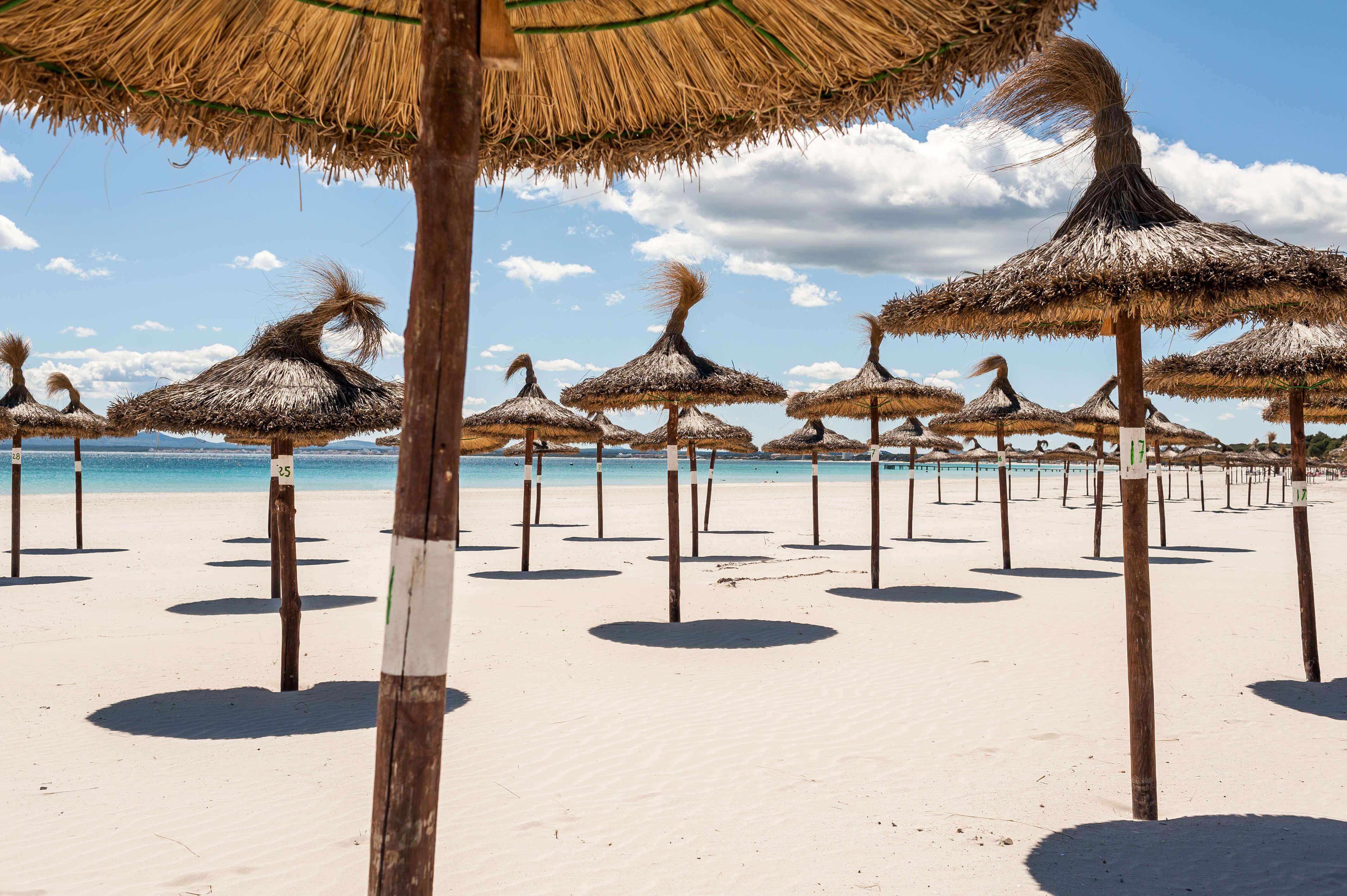 Travel restrictions in the EU lifted as of 15th of June

As of 15th of June, most of the travel restrictions in Europe have been lifted. Which countries can you now travel to and which countries still have a travel warning in place? Find out in our overview.

The Chinese government cancelled more than 1 200 flights of the two major airports in Beijing. Find out how you can claim your ticket costs and flight compensation in our article.

How safe is your next flight?

Is it safe to fly? What kind of measures are the airlines taking to minimize the risk of infection during a flight? How does the virus circulate through the cabin air? Find out in our article.

Travel restrictions in the EU lifted as of 15th of June

As of 15th of June, most of the travel restrictions in Europe have been lifted. Which countries can you now travel to and which countries still have a travel warning in place? Find out in our overview.